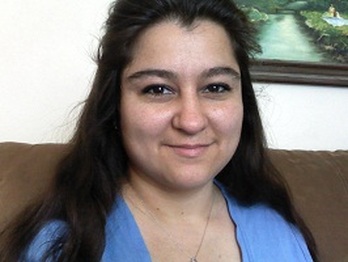 Welcome to the wonderful Author,

An interview with Melissa and an overview of her novels 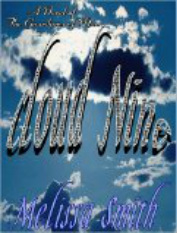 What sparked the idea for your first novel, Cloud Nine?

It was half and half childhood imagination and a dream. When I was little, I used to imagine I had a genie, who hid them self as a cloud. They did everything for me, from cleaning my room to doing my home work, to making my annoying brother disappear! Then one night I had a dream about an angel and what would they be like if they really did help us as often as we would wish they did. The thought stuck with me for days. I couldn't shake it until I sat down and started writing. A little over two months later and I had a full length novel.

Tell us about the little body bags littering your desk.
LOL!!! Love it! HA! Those are what my husband calls my gum wrappers! See, I only chew half the piece of gum at a time - don't ask why...I don't have an answer :) - anyway, I use the wrapper to store the unchewed piece while I chomp away at the other half. Then when that piece loses its yummy flavor I wrap it up in half the wrapper and pop the other piece into my mouth :) Well, after a while they tend to pile up and one day he referred to them as body bags...the term stuck! Even my boys call them that. :)

In your novels, who is your favorite character?    In my Guardian series, it's definitely Ariana. She's just so much fun and so much like me, so what's not to love ;)

You have beautiful covers.  I know you did some of the photography for them.   Who designed them and how much input did you have?
Why thank you! I did take the pictures for Cloud Nine and Thunderhead, and I designed them! Although I did have a lot of advice from the wonderful people at IWU! The cover for Heir Apparent, I drew using my son as a model (yeah...he wasn't too happy about posing, but the promise of a video game made him come around!) Jealousy was a stock photo I'd come across and knew he was the face of my MC. Had to have him on the cover, and again, with the input of those on IWU, I now have another beautiful cover! 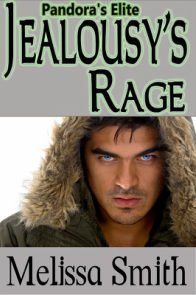 Do you recall how your interest in writing started?
In the fifth grade. We were given the task of creating a new myth and I choose wind. My teacher was impressed and it earned me an A. (I still have that paper around here somewhere...) But I didn't really write again until high school, where I wrote two poems that were published in a school english journal. I tried my hand at journalism but didn't like it. I want to write creative stories, not human interest.

You write wonderful young adult novels and understand the Teen Mind so well.  Will you continue writing YA, or are you planning to write in other genres?
Although I'm not so much strictly YA, someone of that age range could very well read my books. While I've added a few more adult scenes, they're still closed door.

If you could gather together authors for a party, who would you invite?
Everyone from the facebook group Indie Writers Unite! They are such an awesome group of friends, I would love to meet you all in person!

Would you tell us about your family?  Readers love to know!
I met my husband on the school bus when we were in the 7th grade :) I thought he was annoying. Really, I did. From there we became friends, who became more, who eventually got married almost right out of high school. He's my best friend and I wouldn't have it any other way. We have two teenaged boys, who are growing up much too fast, but are fun to watch anyway. Not a day goes by where we don't laugh at one another for something one of us did. I can say, I'm grateful for every day I have with them and beg God for more every night.

Do you use an outline when you write?  And what is your work schedule like?
I tried to use an outline, and in the end, tossed it out. I mean, I glance at it every now and then, but use it for more of a guideline than a rule. They are useful, just not really for me. As for work... I do have two full time jobs. One is as a preschool teacher, the other is here at home. I write when everyone else is either watching TV, playing a video game or watching football. I really don't watch television, so I write. Works out for me and everyone else :)