Welcome to the talented and wonderfully prolific author 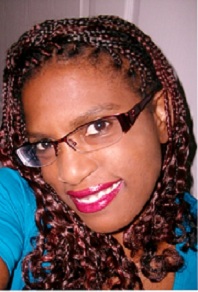 What sparked the idea for your first novel?
I lived in Los Angeles at the time and was completely obsessed with the film industry. Jackie Collins was by far and away my favorite author and I thought it would be cool to do a book about the entertainment industry. The idea kind of sparked from there and next thing I knew, I was sitting on my own version of The Stand but about the film business.

The full-length novel is over 1000 pages so I had no choice but to chop it up into mini novellas. When I first published, I was a bit naïve and thought I could self-edit but now I know that is not the case. My lovely editor, Felicia Sullivan, has decided to take on the project of editing the whole book. I will re-issue The Beautiful People: Part One in March of 2012 and The Beautiful People: Part Two in April of 2012. The last edition of The Beautiful People, Birthdays, Funerals and The Premiere: Book Eight, will be released sometime in the first week of December this year.

You are such a prolific writer and have two author names.  Do you use an outline when you write?  And what is your work schedule like?  The two author names probably confuse the hell out of my readers but I will try to explain this as simply as possible. I accidentally put my married name on my first novel (Benson). I couldn’t undo it so I decided to write all my entertainment/women’s literature work underneath Blanchard Benson. My paranormal/horror-thriller novels are written underneath my maiden name (just Blanchard) and anything outside this (ie: I am working on an erotic novel but it isn’t erotica; more along the lines of Henry Miller and Anais Nin), I write under the pen name, Elle Chardou.

I hope this helps my fans to know what they are getting and so they don’t expect a women’s literature novel underneath Blanchard because they will never find it and Blanchard Benson will never write about vampires or werewolves!

I like to outline but loosely because I know I will end up breaking my own rules… lol… in terms of writing, I need a goal. I can’t write for four hours but I can write four three thousand words per day. It’s odd but my goal has to be tangible.

Right now, my schedule is crazy. School during the day and writing at night. I have two novels coming out in December and I will be sending The Beginning: Book I (The Plague) to my editor probably by the end of December. I would like to release it around February if possible.

You have beautiful covers, who designed them and how much input did you have?
Thank you! I choose my own cover art and like most authors, I rely heavily on stock photo sites but I like to change up the cover a little if possible. Although I originally designed the covers myself, I decided the job was best left to a professional. Now, either Athanasios or Christine DeMaio-Rice design my covers. I am pretty loyal so I like to stay with what works and both do fantastic jobs.

Do you recall how your interest in writing started?
I wrote my first story when I was in second grade and decided I wanted to be a writer when I was thirteen. I have been making up stories ever since. There was a brief period (about two years; mostly during the time I was married) I didn’t write at all but it truly was torture. I can’t ever imagine going through a period like that ever again.

If you could gather together authors for a party, who would you invite?
Oh, this is hard. Is there a limit? If you would have asked me this question about six months ago, I would have said Stephen King, James Patterson, Jackie Collins and Anne Rice. Now, I would still invite them but I wouldn’t be nearly as interested in them as I would be JA Konrath and Blake Crouch, Suzanne Tyrpak and Christine DeMaio-Rice, Shea MacLeod, Jack Wallen, Cheryl Shireman, Cheryl Bradshaw, Lizzy Ford, Linda Welch, you, Melissa Smith, Michelle Muto and the rest of my indie chicks. Let’s face it, indie writers are a bit more “fun” than legacy-only writers. Perhaps it’s because we like to color outside the lines! ;-)
o are your favorite authors?  Same ones you’ll find I would invite to my dinner party but above and beyond are definitely JA Konrath (his alter ego Jack Kilborn), Blake Crouch, Shea hMacLeod, Jack Wallen and Jessica Meigs.

Name one book that made you think 'wow'? Why did it have such an effect on you?
Endurance by Jack Kilborn … and then I read Trapped and really thought, “wow and whoa!”. He is such a master storyteller and he scared the living crap outta me with both books. I sent Konrath an email and begged him to write a sequel to Endurance. I hope he does! ;-)

Where is your favorite place to write?
Definitely in my bedroom, in my pajamas with a glass of wine nearby.

What is your favorite film that was based on a book?
Shutter Island. I thought it was amazingly done.

Tell us a random fact about yourself.
Although I live in the city of Lost Wages (aka Las Vegas), I never gamble unless I am entertaining out of town guests. It has no appeal for me. I’ve been here almost eight years so perhaps the thrill is gone? Lol…

Tell us something interesting about the area where you live.
I live less than a quart of a mile from a pig farm but I love the area (not the smells the farm emits though).