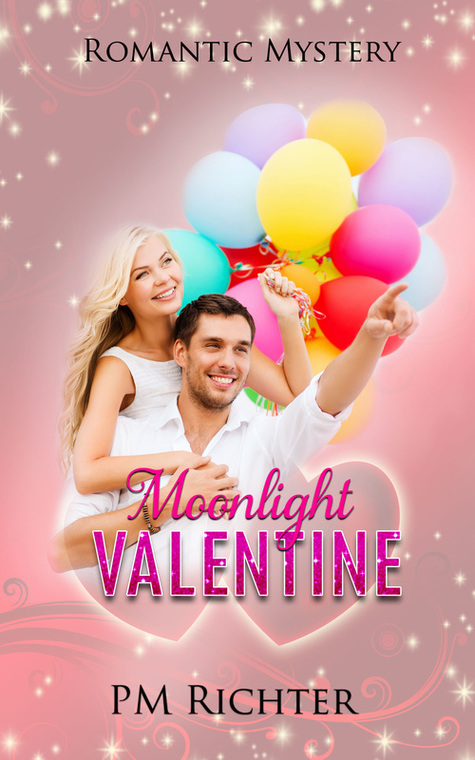 Jennifer sat down on a stool, read the menu prominently displayed above the bar, and ordered the usual drinks for herself and Maria.  They met here once a week like clockwork.  It was a safe, fun, place near where each of them worked.

Today it was crowded and very bright.  Mirrors were located on nearly every wall, and behind the bar, so people-watching became a sport all in itself for the patrons.  Upbeat music blared from loudspeakers.  Maria was late, of course.  But then, they’d been BFF’s, since grade school.  Jennifer was used to waiting for her friend.

As she glanced in the mirror, Jennifer saw in the reflection behind her that she was being leered at by a sweaty, bearded, Neanderthal, mouth-breather type.  Uh-oh, he was making a beeline toward her.  Jennifer swiftly moved her coat onto the stool next to her, to save it for Maria, and defend from sweaty guy.

Finally, Maria rushed in through the door and sat down on the stool Jennifer saved.  “Sorry I’m late.  February is the beginning of tax season. I couldn’t get away.”

“That’s okay.  I just got here a few minutes ago.”

“I have a theory,” Maria said when their drinks were served, eyeing Jennifer’s choice with distaste.  “Skinny women like green drinks.  Sorry, but that stuff looks like puke.”  She was stirring her own pink concoction.

“I really do like it,” Jennifer said, poking at the thick green mixture with her straw.

“Well, with your job you’ll never put on weight—you’re moving around all day long.  You could indulge with sinful sugary drinks like mine and stay skinny forever.  Me, I’m a numbers girl.  Accounting work means sitting on my butt all day long.”
​
“Your accounting numbers are like 38, 24, 36,” Jennifer said smiling.  “Men like Rubinesque women.  Sensuous and sexy.”
“Unfashionable and dumpy,” Maria answered, sipping on her fruit drink.  “I’d rather be tall and skinny like you.  And I’ll ask my fairy godmother to add in a bonus of blond hair to the mix, as well.  But no way could I abide drinking that pukey green stuff.  I’m forever doomed to cute and chunky.”

“At least you have boobs.  I look like two fried eggs were squashed down on my chest.”

They were giggling when the bartender at Joe’s Juice Bar came by.  “Ladies, how’re ya doing.  Can I refresh those drinks?”
Jennifer shook her head.  “We’re fine, thanks.”

“But you get all the dates,” Jennifer said.  “What happened to David, that psychologist you were seeing?”

“Gone.  Done with.  Good riddance to to the analyst.  He mentioned that my excesses were all in my head.   Like my brain has a disease that makes me chubby.  But really, he just didn’t like that I dated other guys.”

“I didn’t care much for him anyway,” Jennifer said.

They sat for a while, using the mirror backing the juice bar to watch the show.  Muscle bound men and svelte young women, in hip, figure hugging exercise outfits, rushed back and forth, going to an exercise class, or to work out with weights.

“You’re sure in the dumps,” Maria commented after a while, staring sideways at her friend.  “Maybe the kale, cucumber, and yucky spinach in that drink will perk you up a bit.”
Jennifer sighed. “Hope so.  It’s been a long week.”

Maria held up her finger like she had a brilliant idea.  “I know how to cheer you up.  We’ll go out tomorrow to some sleazy singles bar, get thoroughly sloshed, pick up two totally inappropriate hunks, and have a sensational one night stand.”

“Tempting,” Jennifer said laughing.  “But no.  Not my thing.”

“What’s the thing about Valentine’s Day, anyway?” Jennifer asked.  “Like we’re all pressured to be lovey-dovey one day out of the year.  If you don’t get a Valentine you feel like an ugly outcast.  I hate it.  It’s just a ploy to make money.  Men feel obligated to buy roses, candy, or stupid cards, with stupid cupids and flowers.  Or worse yet, expensive jewelry.”

“Every kiss begins with Kay.”  Maria chanted the musical jingle repeated endlessly on TV commercials.  “Isn’t that the worst?  As though to get lucky, or even a kiss, a guy has to give her an expensive piece of jewelry.”

“I’m serious about going out tomorrow night, though.  Neither of us have dates.”

“Any man at a singles bar tomorrow night, on Valentine’s Day, will be a loser.  Trust me, all the good ones are taken.”

“True.  That’s why we get totally inebriated before picking up the inappropriate man.  And now you’re depressing me,” Maria said, flicking her dark hair out of her eyes.

“Sorry.  Chris has been in Dubai for three months.  He’s probably forgotten all about me.  Guess I am a bit down.”

“I don’t believe that for a second—that he’s forgotten you, I mean,” Maria said adamantly.  “He was in a wheel chair when you two met.  He gives you all the credit for getting him back on his feet.”

“Gratitude isn’t a lasting basis for a relationship.  Besides, any physical therapist would have done the same thing, gotten the same results.”

“I haven’t heard from him in a month,” Jennifer confessed.  She could feel tears threatening and blinked rapidly.

Maria looked at her with sympathy, her big brown eyes reflecting the sadness Jennifer felt.  “Why didn’t you tell me before?  I was mostly kidding about picking up men.”

“I kept thinking he would call, or text, like he did before, almost every day.  I was so worried I even called his boss to check and see if he’d been in an accident or something.  But his boss said Chris is fine.  Just busy.”

“That sucks.  And I know what you’re thinking.  Too busy to text or call is a warning sign.  But I’ve seen you two together.  He adores you.”

“What I really planned to do for Valentine’s Day is party with my two best male friends—Ben and Jerry.  But now I think we should go out, get totally staggeringly drunk, and celebrate our most hated day of the year with the ice cream afterwards at my house.  You can stay the night because, I promise, you won’t be able to drive home.”